We all try and do our bit for charity but some of us go a little bit further than others. In the case of 12-year-old Laurence Chandler from Bristol, that meant going a lot further. He decided he wanted to do more for his chosen charity Smile Train, so he cycled from John O’Groats to Land’s End unaccompanied. This made him one of the youngest ever people to do such a thing. 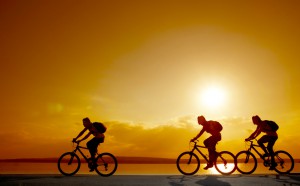 The gruelling 874-mile ride took 20 days, with the youngster cycling around 40 to 60 miles a day. He accomplished this enormous feat during his school holidays, even given the somewhat inclement British summer weather. Supporting him on his journey was his father Robert, who followed in a support van.

Originally he hoped to raise £600 for his chosen charity, which helps to change the lives of children. But he has so far raised more than £2,500, and is delighted with his total.

Another charity that has been doing sterling work in the UK is A Mind Apart. This aims to use performing arts to help turn around the lives of kids with ADHD and other behavioural problems. It even targets young people who have become involved with gangs, aiming to channel their energies in a more positive way. 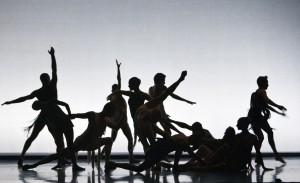 The charity’s leader is 29-year-old Jodie Marshall who has dedicated her life to changing young people’s lives through the power of theatre and performing arts. She set up the charity at the age of just 22 and draws on techniques devised by Augusto Boal, the Brazilian director.

Jodie is very passionate about the performing arts, saying: ‘They are such a freeing thing. When you look at a painting you get emotion from it and everyone has an opinion. It’s the same with theatre and dance. I believe theatre is a massive tool for social change.’

These inspiring stories of youngsters doing more than their bit and changing the world around them is hard to ignore. Perhaps we could all do more to impact the lives of those we share communities and spaces with. From raising money for good causes to providing better facilities, every little helps.