According to a report by Carers UK, unpaid carers are struggling to get the support that they need. Although the Care Act was introduced last year to try and offer help to carers, many of them are waiting too long for an assessment of their needs.

The government has said that the new rights have not come into full effect, which may account for the lengthy waits experienced by some. But they say they are acting to ensure that better practice is more widely adopted. Social care minister Alistair Burt said that unpaid carers made a huge contribution to society and that he would work with councilors to ensure they received their entitled support. 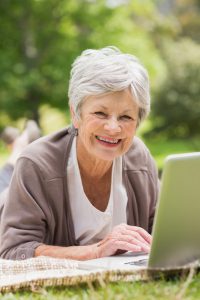 Unpaid carers save the country a fortune

We reported in these pages last month just how much money unpaid carers were saving the UK taxpayers each year. It amounted to around £87 billion that would otherwise have to be spent on finding resources. So the least we can do surely is to ensure that they have the support networks they need.

The Carers UK report said that almost a third of those entitled to a support assessment had to wait more than six months to get it. Around 54% of those who responded to the survey said that they expected their life to get worse in the next year.

What the carers said

Other results from the survey included that 68% felt they needed to have regular breaks from caring and that this was not considered. A further 35% said that there was not enough support to help them look after their own health. Shockingly, 21% said they received little or no helpful information or advice and did not know where to turn for support with caring. Considering how much these unpaid carers do, with very little reward or recognition, it seems like we should be doing more to support them. Hopefully the new Care Act will start to have more of an effect in the coming months.

That’s it for this month. Join us again next month for more news on carers, care stories, health and safety issues (including training and equipment).